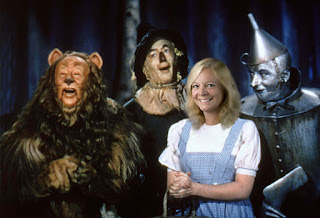 Reference Book Duos. Who were the guys behind those tomes?

Naked Lady Politics. When the GOP battle devolves into “whose wife is hotter,” what will the winner do when they have to face Hillary Clinton?

The singing road that plays "America the Beautiful.”

A History Of Batman Movies That Almost Were.

Star Trek brought heat to the Cold War. Even while decrying the stupidity of warfare, the series still championed American values.

Money Makes Men Think Their Partners Are Less Physically Attractive. With a few more bucks, they think they can do better.

The Demonic Origins of Ventriloquism. The art of ventriloquism went through a lot of different stages, and most of them had to do with the supernatural.

One Chart Explains What Your Pee Says About Your Health. Have you taken a good look lately?

Twins June and Jennifer Gibbons had oddly synchronous lives. They made the decision that one of them would have to die to free the other.
Posted by Miss Cellania at 3/29/2016 07:00:00 AM

FWIW I think that Heidi Cruz is a very attractive woman. (and the donald is a jerk)