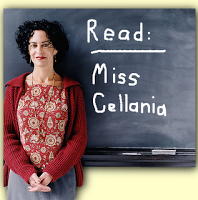 Aerial Archaeology. The story of how we learned to look at the big picture.

A Brief History of Rock Stars Destroying Guitars. Not all the damage is done intentionally.

Phil Collins had a long career, then retired, and is now back at work. In an interview, he talks about everything he’s been up to in the past 35 years.

The Best Star Trek Episodes for Science Fans and Skeptics. They don’t have all the answers, but they will make you think.

The Lost City of Benin. While medieval Europe was dealing with feudalism, barbarian invasions, and the plague, Africa boasted a magnificent city with straight roads, record-breaking fortifications, and even street lamps. (via Metafilter)

Victorian Secret: Sitting in a Lobster Bustle Skirt Is Easier Than It Looks.

13 Fast Facts About Easy Rider. contains spoilers, but that shouldn’t keep you from reading it, or watching the movie eventually.

Comcast failed to install Internet for 10 months and then demanded $60,000 in fees. And no one is surprised.