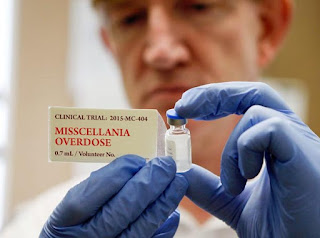 Ig® & Beyond: Guilt Washing, and a Messy Retraction.

The Mystery of the Phantom Page Turner.

Top 10 April Fools' Day Pranks. You still have time to prepare these for Friday’s shenanigans.

The Punisher: A Marvel Universe Reading Guide. If you like the TV show, you’re going to love the comic books.

Carl Sagan Talks Aliens in New Animated Clip from PBS. His vision of them is nothing like Hollywood’s.

Adorable Tiger Cubs Turn Into Fearsome Big Cats Over Course Of One Year. Siberian tigers are so cute, at a safe distance.

Medieval monks invented King Arthur’s grave as an attraction to raise money. P.T. Barnum would have been proud.

How Russia is fortifying the Arctic. Less ice is opening up ocean routes that may be worth fighting over.