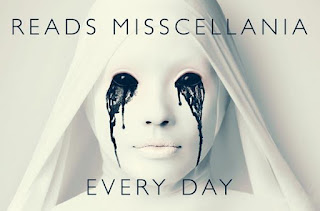 It’s official: Working from home is the worst. Tell me about it.

This Is What Five Decades Of Star Trek Fashion Looks Like.

The Eskimo Pie Patent Saga. An example of what what can go wrong when patents are granted for broad ideas instead of the invention itself. (via Boing Boing)

The Teen Girls Who Talked to the Dead. The Fox Sisters were stars of the seance circuit during the Spiritualism craze.

Living Above the Store. The up-and-coming comedians who crashed at Mitzi Shore’s extra house created constant mayhem and lifelong friendships.

Yesterday, Joe Biden alerted the press to a big announcement he would disclose at noon. Twitter went nuts guessing what it could be about.

The first Democratic debate of the presidential campaign would have been better if it had children at the podiums. In this version, Bernie Sanders' hair stole the show.

Your selfies are getting better every day. lol. I can't wait to see the one on the 31st.

I have to thank my brother, who's a graphic designer, for this one (and many others). He shows up occasionally under the name Brother Bill.