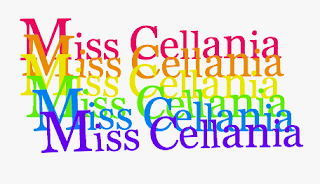 Saving the Little Penguins of Phillip Island. (via Ed Yong)

Have you ever thought you'd like to take part in a race, but you just can't seem to tear yourself away from the computer? Try the 100-meter scroll! (via b3ta)

Get a clue, McDonald’s: The other insult no one’s talking about. No one know the value of a dollar more than someone who doesn't have many.

HBO brought a video to Comic Coon that memorialized all the people killed (so far) in the series Game of Thrones. What makes it most entertaining is the Boyz II Men soundtrack.

Hollywood’s All-Time Most Memorable Meltdowns. Watching them is almost cathartic, because we've all felt that angry and frustrated at least once in our lives.

105 Characters On The Simpsons Are Voiced By 6 Different Actors. Hank Azaria and Dan Castellaneta each do dozens of them.

The Wyatt Earp Myth: America’s Most Famous Vigilante Wasn’t. His legend was mostly the product of heavy-duty public relations.

Ice Cream or Not Ice Cream? A frozen treat by any other name might taste just as sweet.