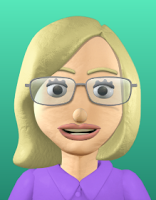 Just outside the CERN Computer Centre in Geneva, Switzerland, the world's leading physicists have built a shelter for retired and obsolete mice. (via reddit)

"The people who can least afford to give are the ones who donate the greatest percentage of their income." (via Fark)

Clickbait. Automatically generated by a simple code. (via Metafilter)

How do you take a light show to the next level? Instead of showing it on a wall or the sky, how about we just float it down the river!

Find out what new movies are like by seeing the equations of the movies that came before. That is, if you've seen enough of the earlier films to figure them out.

25 April Fool’s Day Pranks That Probably Won’t Make You A Terrible Person. Choose wisely; we don't want you to get fired.

Meet the Real Life Models for Your Favorite Disney Characters. Surprise: Tramp was a real dog, which turned out to be female!


What’s the smell of Finland?

Really Weird Bird Anatomy. And why such research is important.