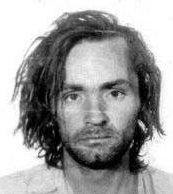 20 "Trials of the Century" of the 20th Century. Because "Trial of the Decade" probably wouldn't sell as many newspapers. (via Neatorama)

Oliver Sacks talks about losing his sight and the hallucinations left behind. If I ever go blind, I hope I get the kind in which people wear funny hats.

The 15 Coolest Cases of Biomimicry, or human technologies inspired by nature. After all, there is no better designer than Mother Nature.

1966 GE College Bowl: Agnes Scott vs. Princeton. How a crew of mere girls knocked off the Ivy League boys, and what happened to the team members since.

If you have any plans to go to Iraq and see the sights, keep in mind they won't be expecting you. Maybe you should read about this Italian tourist's experience.

The Ten Most Interesting Jack The Ripper Suspects. It reads like a list of the most eccentric people of the era. (via Gorilla Mask)

Scientists think they have found the birthplace of Zeus. Or, at least, the place where mythology says Zeus was born.

Why you never sign an arbitration agreement. At least if you read enough fine print to know what you are signing. (via Metafilter)

Kostnice Ossuary: Chapel of Bone. This video takes you inside the church where the furniture and decor are made of human remains.