An overwhelmed city resident dreams of some elbow room, fresh air, and a bit of nature in this artfully-animated short. (via Laughing Squid)
Posted by Miss Cellania at 1/24/2020 09:00:00 PM No comments: Links to this post 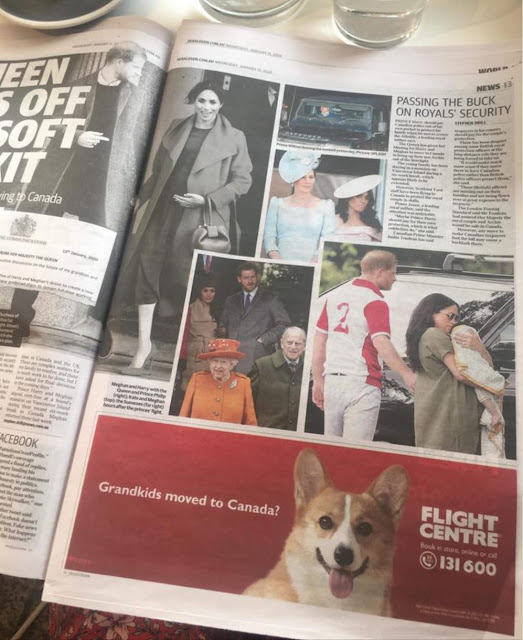 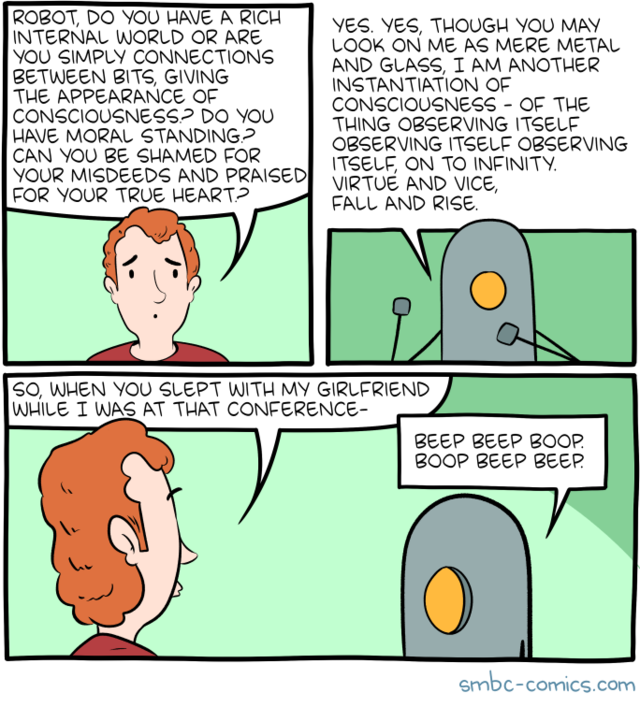 Not only is this robot self-aware, it can think fast, too. This comic is from Zack Weinersmith at Saturday Morning Breakfast Cereal.
Posted by Miss Cellania at 1/24/2020 12:00:00 PM No comments: Links to this post 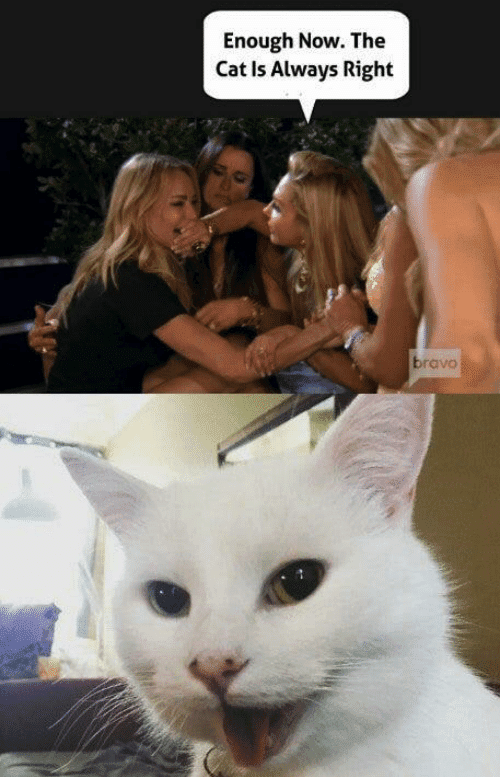 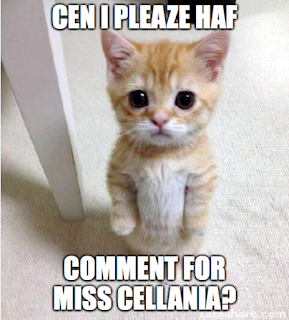 The Making of the Cowboy Myth. It was nothing like Hollywood made it out to be. (via Damn Interesting)

Port Sherry's Ever After, a fairy tale told in two parts. (via Geeks Are Sexy)

Kate Wagner is taking on the project of writing the history of the McMansion year by year. The first installment focuses on 1970, and a "proto-McMansion" built that year. (via Metafilter)

A lesson in physics he won't forget.

A Black Man Had The Cops Called On Him At A Bank While Trying To Deposit A Racial Discrimination Settlement Check. The cycle continues.

Our modern pop culture stories are about good vs. evil in that every character must pick a side, and we are supposed to root for good over evil. It wasn't always that way.

When a Man Took a Joke in a Pepsi Ad Seriously. The company was caught by surprise, because they didn't do the math. (via Digg) 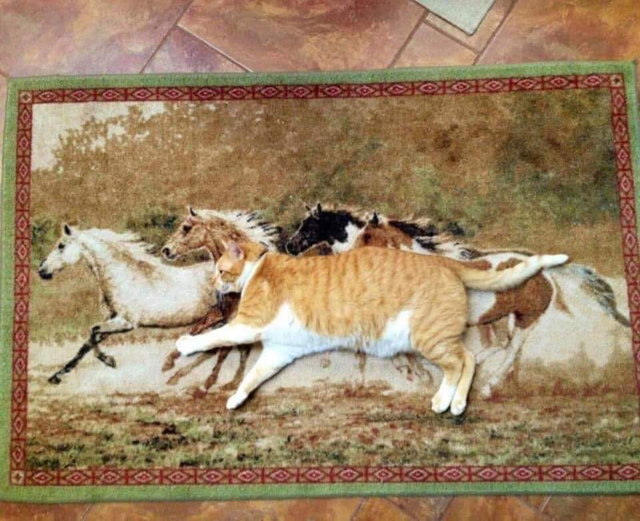 Saturday Night Live returns tomorrow night, with host Adam Driver. SNL has been all over YouTube this past week promoting the first show of 2020 as hard as they can. It's an opportunity to rewatch Career Day, a skit from 2018 in which Driver is the only one who can keep a straight face. This was gloriously funny the first time around, but the clip has only grown in popularity since then, and is now considered a classic. 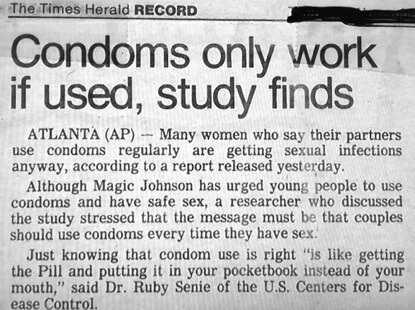 What we have here is a bluegrass version of AC/DC's "Thunderstruck." It is performed by the Finnish band Steve'n'Seagulls, which explains why that weasel on the one guy's hat is white. The top comment at YouTube: "I dont know if I should bang my head or my cousin."
Posted by Miss Cellania at 1/23/2020 09:00:00 PM No comments: Links to this post 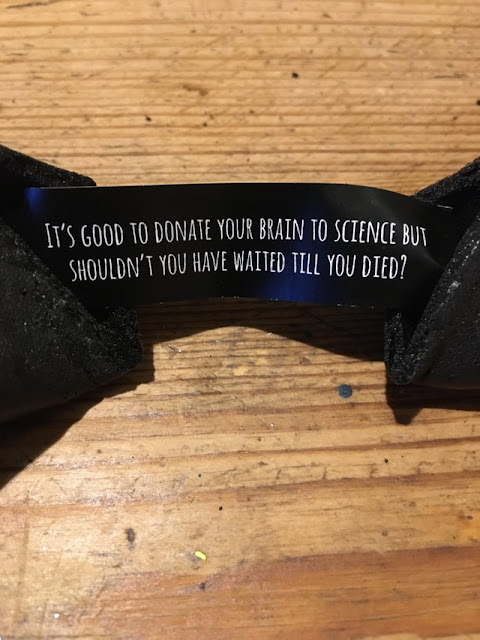 Frisbee on a Frozen Lake

For maximum benefit, play this with the closed captions on. Trust me. (via Metafilter)
Posted by Miss Cellania at 1/23/2020 03:00:00 PM No comments: Links to this post

Click to the right to advance the comic. The moral of the story is... don't be distracted by others' stupid arguments. This comic is from Pet Foolery.
Posted by Miss Cellania at 1/23/2020 12:00:00 PM No comments: Links to this post 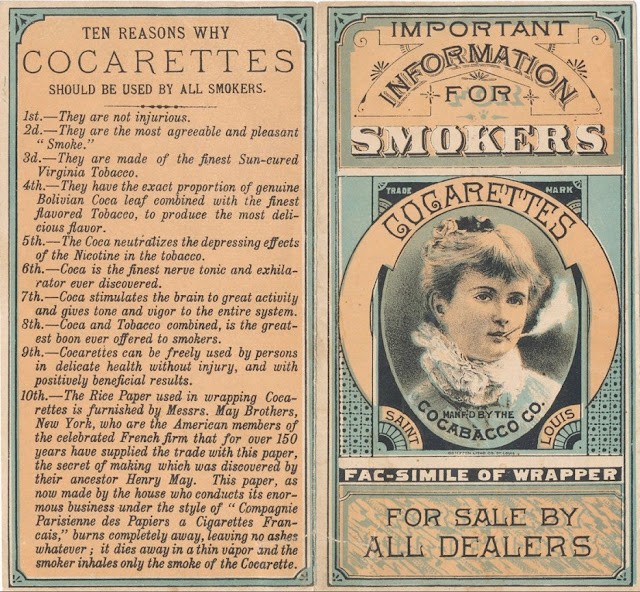 How do you make nicotine less harmful? Combine it with cocaine! This product was sold in the 1880s, back when both nicotine and coca were considered medicinal. (Thanks, WTM!)
Posted by Miss Cellania at 1/23/2020 10:00:00 AM 1 comment: Links to this post

Valentines Day came about like other holidays: an ancient pagan festival was rebranded by the Catholic Church in honor of a saint, after which it turned into a celebration that had nothing to do with that saint. Simon Whistler of Today I Found Out explains the many details around that bare bones outline. 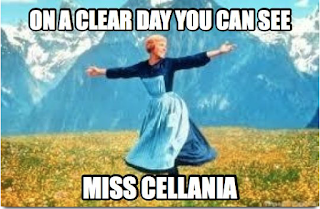 These guys have refined the term "dumb crooks."

In 1851, a Maryland Farmer Tried to Kidnap Free Blacks in Pennsylvania. He Wasn’t Expecting the Neighborhood to Fight Back.

Nathan Yau made an interactive tool that will guess your name. This thing guessed both my first and middle name (which begin with the same letter) on the first try. (via Digg)

The Nihilism of Mitch McConnell. "And if you don’t know anything else about McConnell, know this: He’s arguably the most ruthless political operator in American politics and has almost single-handedly broken the Senate."

5 Temper Tantrums That Spiraled Out of Control.

This album is an attempt to demonstrate that classical music can indeed be performed by a computer. But the amount of work that goes into programming the computer will never be less than the work that a traditional performer would put into studying the same piece of music. (via Metafilter)

I taught at a 'for-profit' college. They're predatory disasters. (via TYWKIWDBI)

Mourning a Dead Houseplant. While it's not as devastating as losing a pet or a family member, the death of a plant can produce a sense of loss that may be confusing.

The Kiev Conspiracy: "How High Does This Go?" The latest from Tom the Dancing Bug.

Of all the places he could have picked to sit. 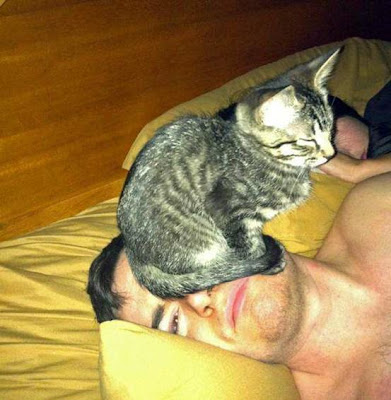 Notice how Krazy Cat and Ignatz Mouse's mouths move, and then quite belatedly, the words appear in balloons afterward. This can be distracting for modern audiences, but it was 1916. Remember how long the intertitles in silent films are, to allow for people who don't read well, which was most people at the time. This is not the first Krazy Kat cartoon, but 1916 was the first year they were produced. This cartoon is in the Library of Congress.
Posted by Miss Cellania at 1/23/2020 03:00:00 AM No comments: Links to this post

Pasta being made by machine pic.twitter.com/Emifi7BCMV
— Dave Iovino (@Dave_Iovino) January 11, 2020

Mountain Dew cheesecake might seem like an abomination if you don't drink Mountain Dew, but to those who consider it the nectar of the gods, it could be your new favorite dessert. James Lamprey shows us how to make No-Bake Mountain Dew Cheesecake. The recipe is close to mine, although I use lemon juice and berries instead of the soda pop syrup. Also eggs, because I bake mine. A baked cheesecake tastes a little more traditional, doesn't need to set for several hours, and most importantly, doesn't require a springform pan. Laughing Squid has a second video showing a different way to make Mountain Dew Cheesecake, using cheesecake and Mountain Dew Jell-O in a separate layer. While I am not inclined to put either Mountain Dew nor Jell-O in a cheesecake, I am intrigued by the swirling colors. That I might try!