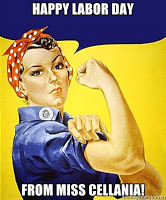 Understanding the Majesty and Complexity of Great Organs.

Things Trump has said and done about our troops. It won't change any minds; true believers consider these thing fake news.

This little girl has life all summed up.

Kuno is a Belgian Malinois who accompanied British special forces on a night raid targeting al-Qaeda extremists in Afghanistan. Read how Kuno bravely put his life on the line. (via Strange Company)

People Are Sharing The Moment They Realized Someone Was On Another Level Of Stupid.

A Planet That Revolves Around Three Stars. (via RealClear Science)

Disney films have always resonated with queer and trans audiences. Here are the gayest films in the canon. (via Digg)

Mattel released a limited edition Día de Muertos, or Day of the Dead Barbie last year, and it went over so well that it's now going to be an annual release, different each year, so collectors can begin saving them in the box.

Dupes and Duplicity: The Story of Caroline Rudd. She got away with living on other people's money through sheer audacity.

Those Day of the Dead Barbies rock!

Caroline Rudd was a smooth talker, she was smart, and must have given good head to get away with so much for so long.