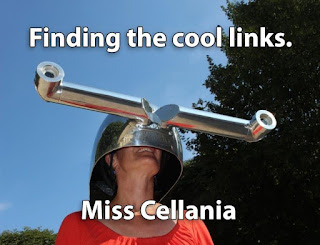 Airlifted Out of the Creek Fire. The California Army National Guard, who had been called up to fight the flames, took two helicopters over mountain crests and through thick smoke to rescue 214 trapped campers. (via Fark)

Have you ever found a random shoe in the road?

When They Came To An Oregon Town To Take Pictures Of The Fires, Armed Locals Thought They Were Antifa Arsonists. Now she remembers why she left her hometown.

The latest from Randy Rainbow is "I Won't Vote Trump," a parody song set to the tune of "I Won't Grow Up" from Peter Pan.

My boyfriend is a High School math teacher and his school started distance learning recently.  His webcam faces my white board so I decided to start leaving his students messages. (via reddit)

A World War II Veteran Will Get a Juicy Fruit-themed Casket. It became a symbol of who he is. (via Strange Company)

Vote early, then turn off the news. Likely voters have already made their minds up. (via Fark)

The Battle of Athens, Tennessee. Here's a tale of government corruption that makes Walking Tall look like a Disney movie. (Thanks WTM!)

The Hackney Mosaic Project's latest public work is the second large mosaic called the Hounds of Hackney Downs, featuring portraits of the dogs who frequent the park. (via Nag on the Lake)

That article about Athens GA is mighty suspect, probably not very factual. Surprised that Buzzfeed would publish such obviously planted radical righty propaganda. Seems to me the author would have been one of those idiots from that Oregon town that worry about imaginary "Antifa" while a fire is raging around them.

Not exactly sure what you're referring to. The article from Buzzfeed is about Molalla, Oregon.

The article about Athens is in Tennessee, not Georgia.

Read more on the Battle of Athens at Wikipedia. https://en.wikipedia.org/wiki/Battle_of_Athens_(1946)

Not intended to be a comment - one way or the other -
re politics, anti-fa, or q-anon. What kind of
MA-ROON drives into a natural disaster, where everyone
has been told to evacuate, to take pictures?

The kind that drives first responders and others
absolutely nuts. People die because of this stupidity
and it's not always just the MA-ROONS.

With regard to the resulting news feeds, There's a new
hybrid-documentary on Netflix:

The Roger Ebert review calls like bringing a slingshot
to a nuclear war, which is why if I had my way, it'd be
a weeknight 8pm special on FOX, NBS, CBS,and ABC
and also mandatory viewing in High School.

Did I mention that if you have Netflix you should watch it?

Excuse me, my error. I mean The Abbeville Blog had the pro-Southern MAGA Hat view of the Battle of Athens.

How so? I didn't detect that.