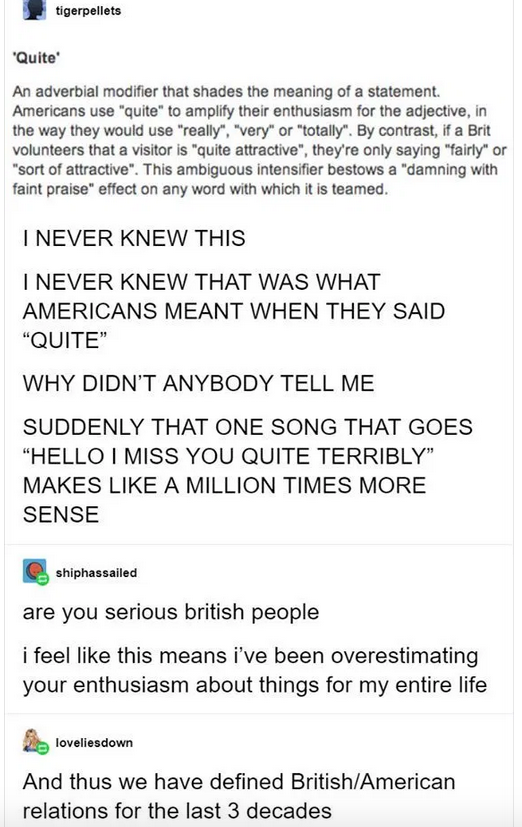 This is quite wrong.
My family was born and raised in Britain and when we say, for instance 'Our dog is quite insane', we mean he is a total nutter, so much so that he will eat the sofa.
It is quite true that there are many who write the facts in their heads, but those facts turn out to be only what they think.
Some people even say they sat on the couch, when in fact it was a sofa that held them from the ground.

"'Our dog is quite insane'"

Speaking as a Brit I have used this form of 'quite' on several occasions. It is, in fact, a case of emphasis by deliberate understatement, in a similar manner to referring to a ghost pepper as 'a little spicy'. The giveaway is that in this case, 'quite' comes before a strong adjective: 'insane'. If they were to say "Our dog is quite playful," they would mean it's playful but not as much as a truly playful dog.

I remember getting very offended by one of my American friends referring to my pasty (meat pie) as being 'quite good'. I told him straight out that he needn't finish it. Took me years to find out he was actually praising it.