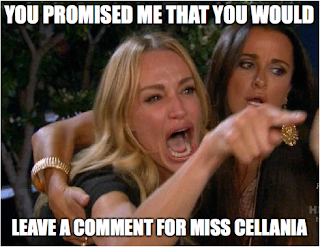 You might think that a home is "cursed" if two famous musicians died there, at the same young age, only four years apart. But then if you consider how many famous musicians spent time partying hard at Harry Nilsson's fashionable London flat, it may seem inevitable that the odds would eventually catch up with you. (via Strange Company)

Low unemployment isn’t worth much if the jobs barely pay. Ya think? (via Metafilter)

Cat stands up for Russian anthem.

A top ten list of the worst examples of profiteering and dysfunction in health care, named for Martin Shkreli, the price-hiking “pharma bro” that everyone loves to hate. (via Nag on the Lake)

Italy’s Great Garlic Divide. In most of Italy's long culinary history, garlic was seen as something only poor people ate. (via Damn Interesting)

5 'Ugh' Trump Stories The News Totally Forgot About. The administration can get away with a lot while we're busy talking about war and impeachment.

10 Great Acid Westerns. You've probably seen at least one of them. (via Boing Boing)

Ecologist Serves A Massive Burn To Founder Of AccuWeather After He Tells Her To Get Educated.

12 Skills That Are Becoming Obsolete. Are they important?

Hmmm, the whole site is down. I hope that's temporary, because I work for them!

Interesting. The link was working earlier this morning.

It's working now. The site's back up!

Some people are like Slinkies ... not really good for
anything, but you can't help smiling when you see one
tumble down the stairs.

Down for me. Expired certificate?

The cat standing for the Russian anthem is a Bad Gateway.

I don't know, ya'll, they are working fine for me.

Cute cat and I agree with you gwdMaine