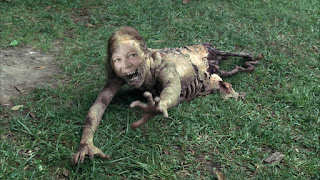 ‘Lone DNC Hacker’ Guccifer 2.0 Slipped Up and Revealed He Was a Russian Intelligence Officer.

5 Treasures People Are Looking for Right Now. Some are willing to risk their savings, their time, and their lives to find them.

The Winners Of The 2018 Sony World Photography Awards have been announced. See a ranked list of the winning photographs from all categories.

The State of American Well-Being is Not Great. In the annual Gallup-Sharecare Well-Being Index, no state improved significantly over the past year, and 45 states had lower scores.

The Witch-Proof Windows of Vermont. The true reason for the crooked windows is a matter of speculation.

Why is Ham Traditionally Eaten on Easter? It's not symbolic, it's just that time of year.

14 Unusual Cookbooks That Were Still Fit to Print. They include recipes that appeal to vampires, cannibals, superheroes, and even children.

John Bolton's Curious Appearance In A Russian Gun Rights Video. And now the inveterate warmonger is going to be Trump's National Security Advisor.

Disappointing Things Nobody Tells You About Being An Adult. And some about old age.

It takes me a while to put myself together.

Well actually, I think you are mistaken about all these
anti-Trump missives on your blog Miss C. I do not think
they mean what you think they mean. Allow me to explain.
You’re just confused by politics. He hasn’t removed any
of your rights; it’s just a protest at his win and Hillary’s
failure to become the first female president. Look, I’m just
telling it like it is. If you really want to succeed you should
learn about sports.

I was going to leave this as is – then I looked at the zombie
picture. It’s you as you read this!

Thank you for explaining to me what I know about sports and politics.

ahhhh...yes. Another one who drank the Kool Aid.

Keep posting the stories Miss C.. There are plenty of us open minded people that read them.

gwdMaine was being facetious. Note the strategically placed "actually" and other overtypical phrasing.

Is there a good way of getting egg off of your face?

No worries, Bruce. Sometimes satire is too good, especially when the response plays along.