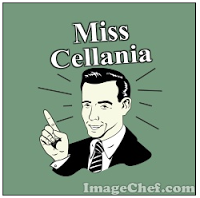 Rollin’ Bones: The History of Dice.

On September 19, 1940, Witold Pileki of the Secret Polish Army made sure he was among a group of 2,000 to be arrested, and he was sent to Auschwitz. Two years later, he broke out.

The blog Small Town Noir tells the stories of people who were arrested in New Castle, Pennsylvania, between 1930 and 1960. Diarmid Mogg became interested in the town and its people when he found some mugshots on eBay, not just their crime, but their entire lives as well as they can be reconstructed.

Saving the Rainforest in Rendova.

How Many Capital Cities Do You Know? I missed a couple toward the end and ended up with a score of 18, which disappointed me. Try it yourself!

Hey, White Americans. We Need to Talk. (via Wil Wheaton)

16 Out-of-Context IKEA Instructions to Help You Live a Better Life.

George Takei on the torments of life in the closet.

Global Parenting Habits That Haven't Caught On In The U.S. (via Neatorama)

The Complete Guide to Making Burritos at Home.

Bonus: A ton of links for anyone needing to catch up on the protests in Ferguson, Missouri.