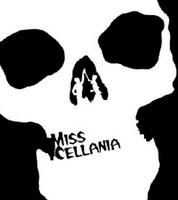 Allie Brosh of Hyperbole and a Half has a story for us about Halloween in her latest post. At age 4, her dinosaur costume gave her power, and she became the dinosaur.

The Strange and Mysterious History of the Ouija Board.

Your Most Memorable Halloween Costumes. It's the Neatoramanauts costume parade!

The House of Shock started off as a backyard party in New Orleans. In the 21 years since, its battled controversy and protest, and kept on truckin'.

Controversial Teen Dance Crazes That Pissed Off Parents Throughout History. Which was exactly what they were meant to do.

Some of the earliest known photos of 12 major US cities. Besides the difference in traffic, some haven't changed all that much in 150 years.

10 Hilarious Southern Expressions. I never thought of them as hilarious, and I also never realized that people elsewhere might not know them.

10 Ghosts Lurking at the White House. As if our heads of state didn't have enough reasons to stay awake at night.