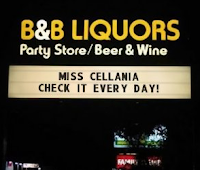 The Story of Judo.

When certified genius Rick Rosner was on the TV game show Who Wants to Be A Millionaire? he was eliminated by a weird question which he later argued about. Do you think he was robbed?

Teaching kids how to argue.

On Biology, Magical Thinking and Choice. An unexpected, uninsured, and frightening pregnancy at age 44 highlights the current health insurance and reproductive rights debates. (via Metafilter)

Did you hear the one about the Indian bloggers who Samsung flew to Berlin to see their new gadgets? Turns out they were expected to play booth babe and work to earn their plane tickets and hotel rooms.

The Cecilia Prize is being offered to the best amateur restoration of the fresco Ecce Homo -or the funniest, i seems. See some imaginative examples submitted already.

25 Amazing Tattoos Inspired by Children’s Movies. The intricate, full-color tats are awesome, but I like Cindy Lou Who the best.

Get a glimpse of the nine best and brightest new TV shows just a week ahead of fall premiere week. There's something for everyone: sitcoms, sci-fi, cop shows, paranormal drama, and music.