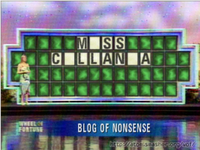 Four of the World's Dumbest Animals.

Several Navy SEALS parachute into Dodger Stadium and had to maneuver themselves in from pretty high -it's about a four-minute drop- but executed it perfectly. One guy was wearing a POV camera!  (Thanks, James!)

This Presidential Race Should Never Have Been This Close.

A Taxonomy of American Barbecue Sauces. (via the Presurfer)

The Three Biggest Lies About College Admission. They may have been valid rules in the past, but the college game has changed a lot in the past few years.

You may think of ants as mindless workers who never stop, but there are exceptions. While one species tries a shortcut by stealing babies to raise as slaves, the slave ants thwart those nefarious plans by rebelling in their own way.

When PSY performs "Gangnam Style" in Seoul, the real stars are the enthusiastic crowd.

Self-Driving Cars Are Now Legal in California. Lucky for the pedestrians of that state, they won't be on the market for another ten years or so.

Is the era of free checking accounts over? Not if customers are willing to switch banks over the matter.

10 Leaders Under the Influence. You have to wonder if our modern attitudes towards drinking and drugs would have made a different in history.
Posted by Miss Cellania at 9/27/2012 07:00:00 AM