Real World Superheroes of the South 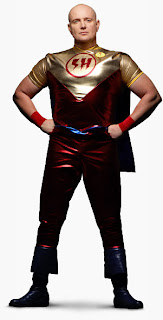 Alternate universes and super powers may be limited to comic books, but costumed crusaders are everywhere in the real world. If they aren’t fighting crime, they’re doing good deeds, raising awareness, helping the downtrodden, setting an example, steering kids in the right direction, and generally making the world a better place, each in their own strange way. Here are a few that are based in the southern part of the United States, the first of a series of superhero articles I'm writing for mental_floss.
Posted by Miss Cellania at 8/17/2010 11:04:00 AM