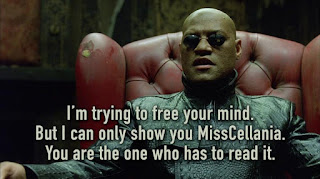 Why Movie Posters All Look the Same. (via reddit)

In the UK, hops are grown mainly in the Kent region. When harvest time came, there weren't enough local laborers to pick the flowers, so poor families from London made a pilgrimage every year to pick flowers and pick up some extra cash. (Thanks, WTM!)

To mark the 30th anniversary of Salvador Dali's death, the Dali Museum in St. Petersburg, Florida, is presenting a thoroughly modern exhibit called Dali Lives. The draw is the opportunity to interact with the artist himself, thanks to artificial intelligence.

A History of Cribs and Other Brilliant and Bizarre Inventions for Getting Babies to Sleep.

This cat sees something...

Back Row America. Chris Arnade's journey to meet those left behind. (via Metafilter)

You have to admit that our system of assigning year numbers that don't reset is much handier for understanding history, for planning the future, and for communicating. So how did that start? (via Digg)

A Movie Theater Full of Double Beds. What could possibly go wrong?

The article on the passage and documentation of time is utterly fascinating! Thanks so much for finding and sharing it!