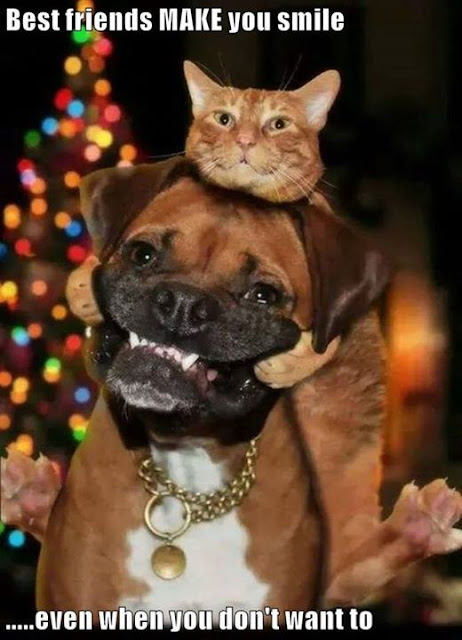 Joe Kramer’s short film Running the Gammatar is a lovely story about a young couple trying to negotiate a relationship while their city is being terrorized by a giant fire-breathing monster. It’s like rom-com meets Japanese monster movie, except this monster is uglier than any version of Godzilla, and his name is Gammatar. (via the Presurfer)

This is impressive enough at normal speed – but in slow motion, it's 🤯 pic.twitter.com/oB1PKvR35J 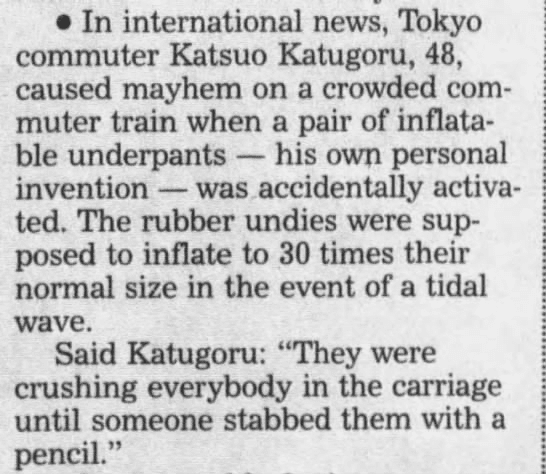 In 1994, the movie The Mask proved that you can make live-action cartoons. It showcased the creative use of CGI, but it was Jim Carrey's physical humor that made it work better than others that tried the same technique later (like Cat in the Hat). The Mask cost $23 million to make and grossed $351 million. It made Cameron Diaz a star and made Jim Carrey a legend.

Labels: full-length feature of the day 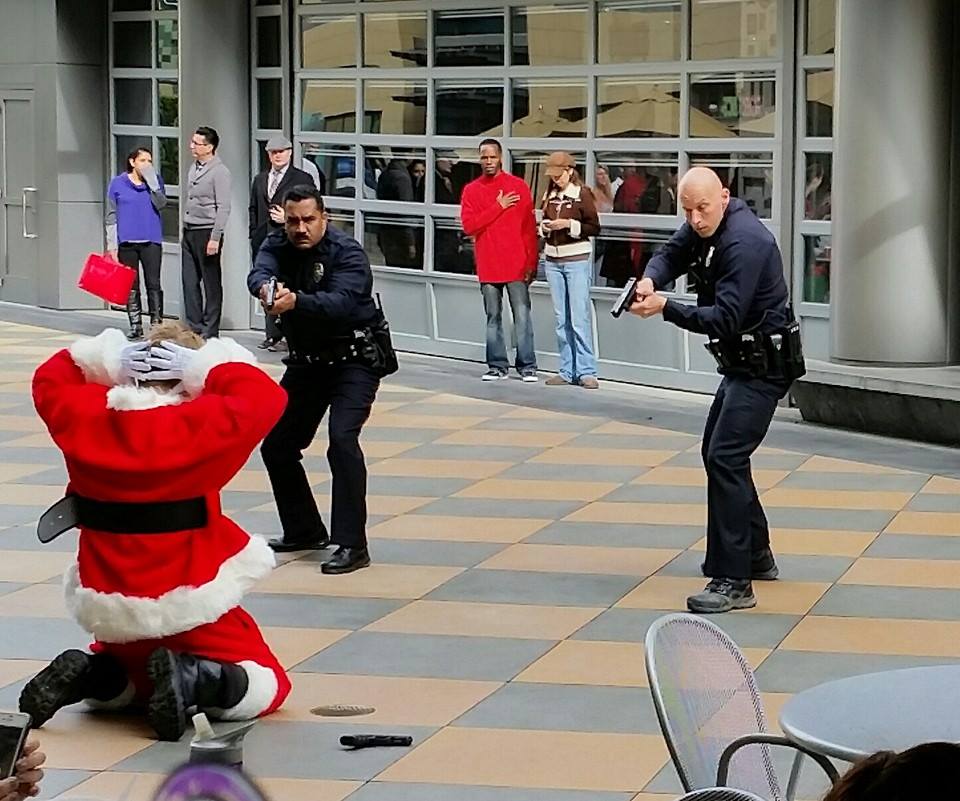 Flossie has already outlived two owners, but she keeps on keepin' on. Flossie was born into a colony of feral cats in 1995 and was adopted by a worker at a nearby hospital. Decades years later, the man that inherited her could no longer care for an elderly cat, and she was surrendered to the Cats Protection shelter in Kent, UK. Vicki Green of London took on the challenge of caring for Flossie, who is now deaf and has failing eyesight.

But now Flossie is a celebrity. At the age of 26 years and 316 days, she achieved the Guinness World Record for the oldest living cat! Green said the world record is nice, but it won't change anything for her or Flossie, who despite her age is affectionate, playful, and has a good appetite. (via Strange Company) 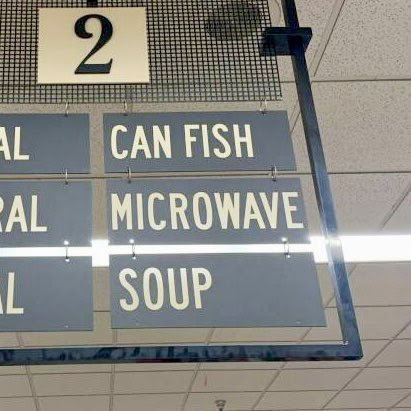 We know how much fun it is to topple a row of dominoes. What's not so fun is picking them up again, or even worse, aligning them upright again. Could someone design a machine that does that? That would be pretty complicated, because dominoes may fall in exact lines, but they end of on the floor in a jumbled mess. Grant Davis not only made a machine that can reset dominoes even when they misalign, he made it entirely out of LEGO parts! More than 4,000 LEGO pieces, which took him between 300 and 400 hours to conceive, design, and build. It picks up dominoes, stacks them in alignment, and topples them, too. (via Gizmodo) 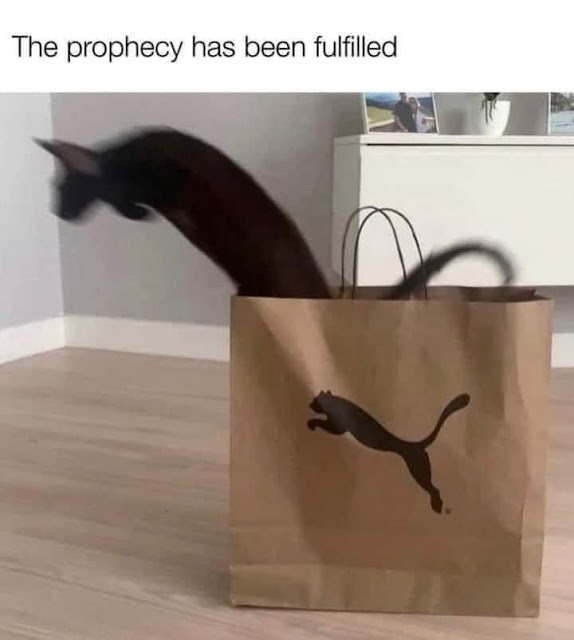 Cow in the House

This is what happens when you take your eyes off a five-year-old for five minutes. Billie Jo Decker found that her daughter Breanna had let her pet calf into the house. The calf seems to enjoy the adventure. Decker didn’t lose her cool, and in fact was pretty amused by the situation. She just grabbed a camera and recorded Breanna’s attempts at explanation. And it eventually leads to an adorable moment of affection between Breanna and her beloved calf. (via Daily Picks and Flicks)
Posted by Miss Cellania at 11/26/2022 03:00:00 AM No comments:

This is your formal invitation to comment with a video of you singing the first two lines *as written,* good luck! pic.twitter.com/egWpIZyT4b

You know the song, I know the song, even little schoolchildren know the song. But pretend for a moment that you've never heard it before, but you can read musical notation. How would you sing this song? If you don't read music, there are plenty of people who do. The Twitter thread has at least a dozen singers trying to follow the notation, which makes the song a pain to hear. (via Metafilter)
Posted by Miss Cellania at 11/26/2022 12:00:00 AM No comments: 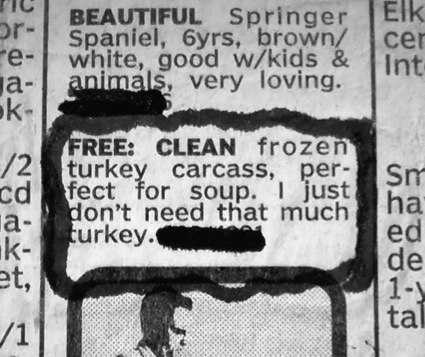 Hey, have you ever wondered how Santa Claus travels all over the world in one night? Maybe it's his ridiculously powered triple valveless pulsejet engine throwing off heat as it zips across a field of snow. You could even say it glows! Crazy Rocketman Robert Maddox outfitted his souped-up go-kart with ski runners and twinkling Christmas lights, and himself with a Santa Claus suit (the beard is natural) to open up the Christmas season in style! He says it about 12 degrees where he is, so it's a good thing that engine is hot enough to warm his hand after his ride. (via reddit) 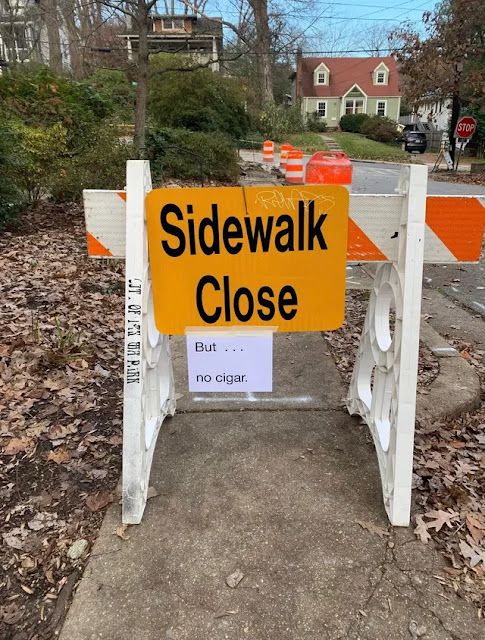 This delivery driver was told to leave a package in the garage. But there was a chicken named Fancy in the garage, recovering from an injury. Fancy wanted to go outside, and the driver needed to take a picture of his delivery. That leads to an amusing scene in which the driver puts the chicken back in, and she follows him straight back out before he can snap his picture and get the garage door shut. The whole thing was caught on Cyndi and Robert's Ring camera. (via Boing Boing)

What If a Supernova Hits Earth?

A supernova is when a star explodes. If our sun were to go supernova, we wouldn't know what hit us. That's not going to happen in your lifetime. But what about a star outside our solar system? It's been happening since the early days of the universe, but supernova explosions are usually too far away to affect earth much, although they can leave evidence we find millions of years later. Kurzgesagt gives us various scenarios for supernovas at difference distances from Earth, and what might happen. If they were closer, the process of a star dying is pretty complicated for relatively nearby planets. There is a distance that's a "sweet spot" that will rain destruction on Earth over the course of centuries, leading to a future dystopia. Closer than that, well, that's it. The last two minutes of this video is an ad. 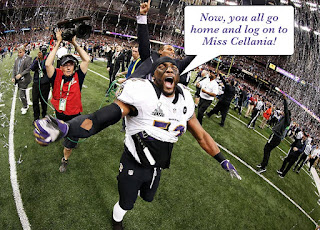 50 Times Cats Hilariously Fell For The “Traps” Their Owners Used To Catch Them.

How physics can improve the urinal. (via Damn Interesting)

This House is Eight Feet Wide, but Feels Much Bigger.

The 15 Most Extreme Celebrity Pets.

From balancing a checkbook to finding dates in person, should Gen Z and millennials learn these vintage skills and preserve boomer wisdom? My Gen Z kids know all these things. (via Fark)

The story of the purple tomato — and why its success is a win for GM foods. (via Real Clear Science)

Charles Domery, The Glutton. His story might make you feel better about overdoing it on Thanksgiving.

The 100 Greatest TV Theme Songs of All Time. You can skip directly to the top ten here. (via reddit) 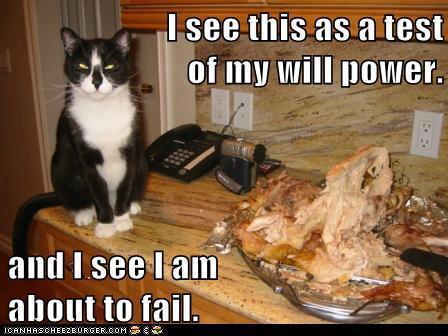