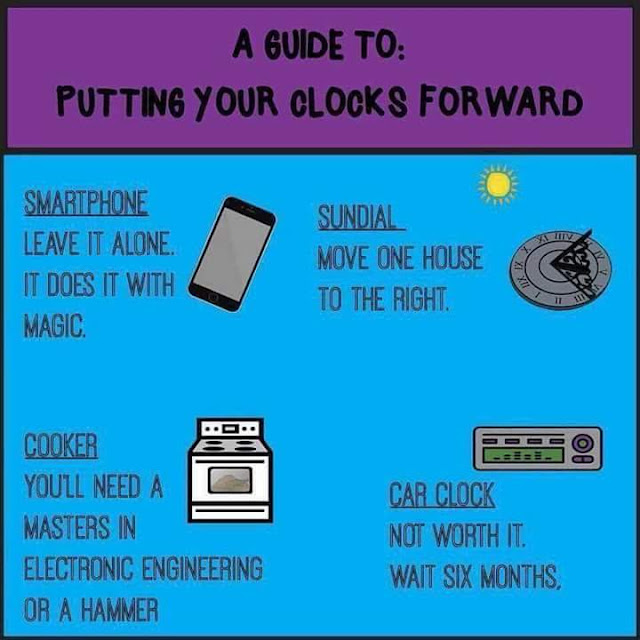 Last week on a train I overheard a conversation about someone's watch showing the wrong time, and the explanation was, "I don't believe in daylight saving, so I never change my clocks and watch."

That house move would have to be 700 miles where I live. Cheaper to rotate the sundial.

I like Don's suggestions ... especially since under the present system, "standard time" runs only for about four months, while Daylight Saving Time runs for almost eight (from early March to early November).