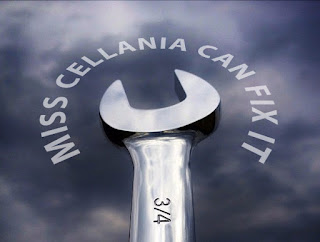 All About Seashells. There’s more involved than meets the eye.

The Curious Frontier Of Red. Street artist Mobstr takes on the cleanup crew. (via reddit)

This Confederate Flag Parade In Georgia Ends In The Most Hilarious Way Possible.

Here's what happens when a man eats nothing but food made for women. You end up not only hungry but guilty about it. (via Metafilter)

The Oddest Baseball Injuries Ever. Eddie Deezen tells the stories.

A 32-mile stretch of road in North Dakota is called the Enchanted Highway because it’s filled with huge scrap metal sculptures depicting wildlife, Western scenes, and even historical figures. If you can’t make it anytime soon, you can take a pictorial tour .

A conviction in Britain once met being shipped off to Australia -possibly for the rest of your life. The mementos those exiles left behind are heartbreaking to this day.

The Chemical Most Chemists Avoid. FOOF may sound funny, but it’s volatile beyond belief.

A star-studded blast from the past about California’s Prop 8 is still valid years later in the struggle for gay rights. Shrimp cocktail, anyone?
Posted by Miss Cellania at 6/30/2015 07:00:00 AM