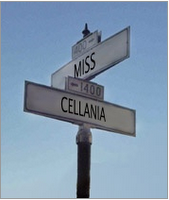 Wrong About Wright. The Wright Brothers did not achieve the instant acclaim for the successful airplane that you might have thought.

Don Draper is no antihero. After seven years, Mad Men’s main character seems less epic and more mundane than ever.

The Oncoming Medical Disaster. The cost of living longer is dealing with more Alzheimer’s cases than we can handle.

8 things you should know if you want to be famous on Instagram. It sounds more exhausting than fulfilling, but whatever floats your boat.

37 Absurd Kitchen Gadgets You Definitely Need In Your Life. They only do one very specific thing, but they might do it well.

An abandoned Viking village in Iceland is not exactly historic, but a film set. The movie was never made, but you can tour the village for a small fee.

5 Theories About Why We Dye Eggs for Easter. Personally, I think we should dye curtains and cats and cakes as well.

James Krupa teaches evolution for non-biology majors at the University of Kentucky. This is more difficult than you might expect. (via Boing Boing)
Fixed Menu. Prison food in the 21st century. (via Metafilter)