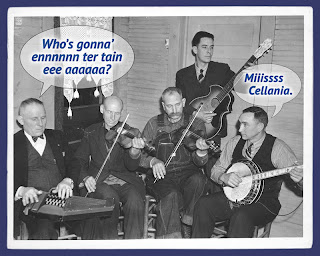 Plucked From Obscurity: Love and Reincarnation.

Owning Cats Can Inflict Permanent Damage To Mental Health But Nobody Bothered To Warn Us.

Cook Dinner in Your Coffeemaker! (via Uproxx)

Jeffrey and Jermaine are brother dogs who spend every minute together. That's because Jeffrey is blind and his littermate is his seeing-eye dog.

The internet is changing the way we use language. We just thought it was online slang, but "because" is now considered a preposition.

The Fathomless Mysteries of the Deepest Lake on Earth. Russia's Lake Baikal has 20% of the world's fresh water and plenty of myths and legends.

Only 14 people in the world are the sole survivors of commercial airline crashes. A new documentary tells the stories of four people who live with the gratitude and guilt that comes with a miracle.

The Verrückt Meg-A-Blaster will be the world's tallest waterside when it opens in Kansas City next year. One look at it and I'm all NOPE NOPE NOPE NO WAY.

Jack Vale convinces strangers he's either a psychic or a stalker in a social media experiment. The truth is, they gave all that personal information away to the public without reservation.