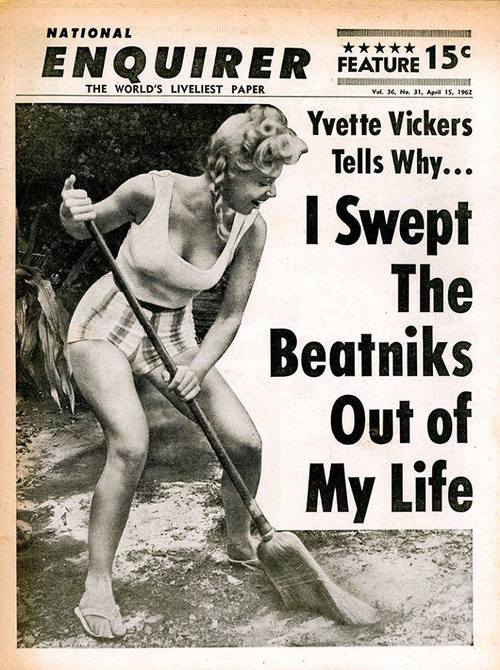 ZOMG from Wikipedia: Vickers was last seen alive in 2010. She had withdrawn from her extended family, and her mummified body was discovered on April 27, 2011 in her Benedict Canyon, Los Angeles home at 10021 Westwanda Drive by actress and neighbor Susan Savage, who had not seen her for some time. The date of her death is unknown, but forensic scientists concluded that she may have been dead for as long as a year before the discovery of her body.

Wow! I'd never heard of her, but went to read up after your comment.