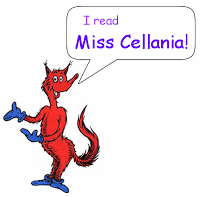 British biologist/comedian Simon Watt bringing attention to endangered species that are not magnificent, cute, or even plain. In fact, they are downright ugly. The Ugly Animal Preservation Society is a campaign to aid conservation efforts for these creatures. (via Treehugger)

How Michael Jackson Changed Music Forever. Play the first video while you read this …it's still awesome.

To help David Letterman celebrate 20 years at CBS, Bill Murray outdid himself by showing up dressed as Liberace. He was also the first guest when the show debuted in 1993.

In the new book Gaddafi’s Harem, a woman tells about becoming the dictator's sex slave at the age of 15. And she was just one of many.

10 Venn and Not-quite-Venn Diagrams. And how to tell the difference.

Can a Messy Desk Make You More Creative?

Geeking Out Over the Bloody Legacy of VHS.

On Marrying a Survivor of Childhood Sexual Abuse. (via Metafilter)