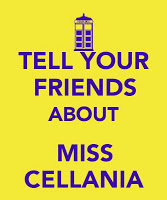 8 Ponies and Their Matching Civil War Generals. Bronies will understand.

GeoGuessr is a game that uses Google Street View. You'll get an image, and you try to guess where in the world it is. (via the Presurfer)

How Colleges Are Selling Out the Poor to Court the Rich. (via Daily of the Day)

Star Trek for Dummies. Take the short course to be ready for Star Trek: Into Darkness opening at IMAX theaters today and nationwide Thursday.

This is the story of Boston Police Officer Richard Donohue. He almost died after the firefight with the Tsarnaevs and is still in the ICU.

Kali The Polar Bear Cub is preparing to fly to his new home at the Buffalo Zoo. He'll join 6-month-old female cub Luna as his new sibling and playmate.

Andy Samburg's new TV show is a cop comedy called Brooklyn Nine-Nine. Watch the trailer and see if it tickles your funny bone.

The Bridesmaids revolution that never happened. It turns out that Hollywood is more male-dominated than five years ago.

If you're graduating, going off to school, or just doing something different, you might need to start packing. Here are 32 Moving Tips That Will Make Your Life So Much Easier.

The Best of the Bayeux Tapestry. Historical medieval imagery illustrating modern jokes just might give you a smile.

"The Bridesmaids revolution that never happened. It turns out that Hollywood is more male-dominated than five years ago."

And so it continues the eternal struggle of the feminist moviephile to convince men to write movies to be directed by men, produced by men, designed by men, where it is shown that women are just as competent and capable as men in every aspect of life.

It has always amazed me how the feminist's road to "equality" consist mainly of asking men to do things for them.