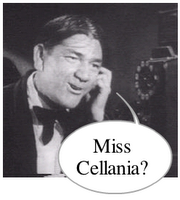 The 16 Strangest Perfumes & Colognes in the World.

14 TV Series that Eclipsed their Original Film Versions. (via mental_floss)

Photographs of the Russian Revolution, hand colored and turned into magic lantern slides.


18 Funny Restaurant Signs. The wittiest guy with a piece of chalk lures in customers and goes viral on the internet.

Bad Writing Advice From Famous Authors. Some of these quotes may be facetious, or maybe they just didn't want the competition to succeed.

Why Argo will win the Oscar for Best Picture. Which strangely has more to do with timing than with the movie itself.

A Catholic priest in Connecticut who was arrested for selling meth allegedly ran a sex shop to launder drug money. If this was a TV series, it would fail for being too unbelievable.

So it turns out that Beyonce lip-synced the Star Spangled Banner at the presidential inauguration. No one really minds, but it was a great opportunity to post witty jokes on Twitter.