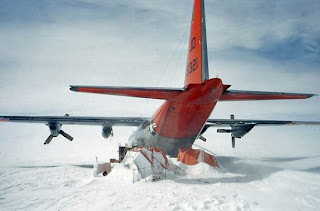 When planes fly into deep water, high altitudes, ice, snow, jungle, or desert, it happens more often you’d think. Finding those planes many years later is a rare occurrence, but it happens. After the previous article 9 Lost and Found Airplanes, readers suggested other cases to look up, which led me to even more stories of planes recovered many years after they were lost. Read six of those in this article I wrote for mental_floss.
Posted by Miss Cellania at 1/07/2010 09:57:00 AM