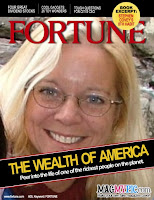 The dancing inmates of Cebu prison in the Philippines pay tribute to Michael Jackson. Don't miss the Thriller dance without the Thriller music.

Buzz Aldrin has only two passions: space exploration and hip-hop. He celebrates the 40th anniversary of the moon landing by recording with Snoop Dogg and Talib Kweli. (via Gorilla Mask)

A Chinese version of Popeye makes an appearance in a 1976 martial arts movie. No, he's not a cartoon, he just plays one in the movies.

Awesome remote-control airplane freestyle routine. I didn't know there are airplanes that can move like this, much less people with the skills to make them dance.

This optical illusion stumped me until I got to see the closeup. Even clearer is a version with the distracting colors blocked out in the comments of this post.

You think you're a heavy sleeper? What about the guy who has an air compressor to wake him up every morning?

Time-lapse Tattoos. Four videos that don't begin to explain what it's like to get a tattoo, but you'll enjoy watching them anyway.
Posted by Miss Cellania at 6/30/2009 07:17:00 AM