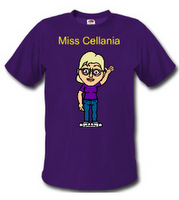 In the game City Guesser, you are to figure out where in the world you are from clues in the form of a video. It's addictive. (via Kottke)

Explaining an mRNA vaccine with Star Wars. The various parts of the analogy are broken down at Explain xkcd. (via Metafilter)

Why were there so many serial killers between 1970 and 2000? (via Damn Interesting)

The Deep Space Food Challenge. NASA is holding a contest to produce innovative ideas for feeding astronauts during a mission to Mars. (via Digg)

The Ingenuity of The ‘Ha-Ha.’ From the grounds of well-kept estate, it was barely visible, and what you didn’t see was a barrier that kept animals out of the yard.

Why you can't play on history's most thrilling piece of playground equipment. (via Fark)

The 25 Greatest Revenge Movies of All Time.

A blast from the past (2010): Remembering the People of Mayberry.

Don't see many teeter-totters around these days either.

-chuckle- I click the revenge movies already
knowing I'm going to jokingly post where's
"I Spit on Your Grave"? and it was actually
listed.. Great list!

I Started school in 1964, and one of the items in the infant's (kindergarten?) playground was a metal giant stride (though we never knew what it was called). It had chains hanging from the wheel at the top, and wooden handles to grip onto. The whole playground was layed out on concrete, yet not one child was ever injured by it, or any other equipment. It was exiting just spinning on the thing, seeing how high you could go as you spun around.