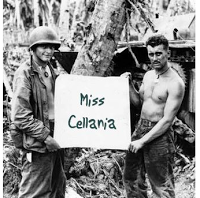 How to Fuel for a Solo, Unassisted Antarctic Crossing. You can follow Colin O'Brady's progress across Antarctica in real time. (via Metafilter)

The Trump Organization Planned To Give Vladimir Putin The $50 Million Penthouse In Trump Tower Moscow.

Photographer Simon Dell noticed a family of mice in his back yard. Instead of setting traps, he built them an entire village.

Fox News Isn't A Normal Media Company. We Have To Stop Treating It Like One.

Spiders Produce Milk to Feed Their Young. Meet Toxeus magnus, a jumping spider that mimics the appearance of an ant, and who display a suspiciously mammalian method of raising spiderlings. (via Metafilter)

50 Hilarious Photos That Everyone Needs To See Before Having Kids. If you still want to have children afterward, you're ready.

During WWII, Polish Refugees Found a Home in India.

Story Plots Diagrammed as Subway Maps. You can buy them from Jake Berman of Fifty Three Studio.

When women get to a certain age they start accumulating
cats. This is known as the many paws.

I have three cats, and none climb the Christmas tree any more. I need to get another cat. Happy Friday, gwdMaine!