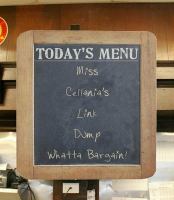 Love and Silverware: The Oneida Community.

If Game Of Thrones Characters Were On Reality Shows.

22 Humans Who Went Beyond The Call Of Duty For Animals.

Juergen Horn and Mike Powell spent a few hours observing the athletes at the Kitanoumi Beya Stable as they go through their morning training routine.

15 Things You Probably Didn’t Know About Tim Burton’s Batman. Casting Michael Keaton was a brilliant move that no one understood until they saw the finished movie.

A 16-year-old made a browser plugin that reveals where politicians get their cash. Nicholas Rubin isn’t old enough to vote, but he might make a difference in upcoming elections anyway.

“Kramer, meet Feldman”: 19 TV Bizarros. Shows are always up for a meeting between similar but weirder versions of their regular characters.

It’s Time to Turn Off TV Doctors. Credentialed or not, they are trying to build an audience, not a clientele.

Would you quit your job for $25,000? Such an offer would make you think hard about how long it would take you to find another.