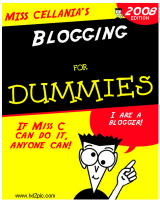 A Few Facts About Larry Hagman.

"After 55 years, the final patrol for cases of the mysterious ‘laughing death’ in remote Papua New Guinea has returned from the highlands. From this pursuit came Nobel-winning science, clues to ‘mad cow’ and insights into Alzheimer’s disease. It also revealed a little bit of cannibal hidden in us all."

Anna Sumner slept more and more from the time she was a teenager until it interfered with her job as a lawyer, sometimes for days at a time. New research may help her -and millions who cannot sleep. (via Not Exactly Rocket Science)

The Beautiful Daughter: How My Korean Mother Gave Me the Courage to Transition. Andy Marra finds her birthmother and unconditional love. (via Metafilter)

The worst foods we love. Admit it, you've got some unreasonable cravings for junk foods that are full of salt, sugar, and childhood memories.

The 11 Cutest Proposals In Internet History. DO NOT miss the one from the Canadian air traffic controller.

An Escape From Sex Slavery. Sreypich Loch left a Cambodian brothel behind and now works to free other child sex workers.

What would happen if Texas actually seceded? It would be an instant lesson for Texans in how much federal and state governments contribute respectively to their everyday life.