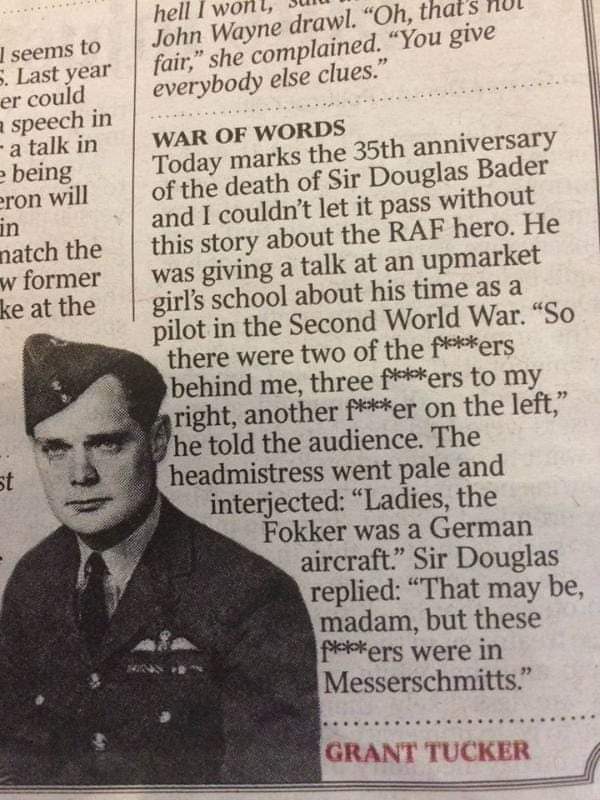 Dubious! This story was first related by David Niven, a renowned joker, on a TV chat show. But Niven always told a good story and it didn't really matter whether it was true or not!

Generally speaking, Fokkers were not seen in combat during WWII.  After WWI, Anthony Fokker emigrated to the US, where he set up an American branch of his company.  He died in NYC in December 1939.  He did create a couple of planes between the wars that were sold to air forces of such countries as Finland, Denmark, Sweden, Spain, and the Netherlands — the G.1 (which resembled the American P-38) and the D.XXI (comparable to the Curtiss Hawk).

At the outset of World War II, the few G.Is and D.XXIs of the Dutch Air Force were able to score a respectable number of victories against the Luftwaffe, but many were destroyed on the ground before they could be used.  Some aircraft were captured intact and were absorbed into the Luftwaffe, but few if any were actually built specifically for the German war machine.

Well of course it's a made-up story! It's too funny to be real.

Sir Douglas Bader, "the legless fighter pilot", shot
down 23 German F***ers. He lost both his legs in the
1930s when he crashed a fighter plane. His Spitfire
was shot down over France and the fact he had no
legs saved his life. He was well known and respected
by the Germans - they notified Britain he was captured
and requested a new set of prosthetic legs for him.
Churchill allowed it and the legs were dropped by a
plane that then continued on a bombing mission. -chuckle-
Different kind of war.

Of course there's a book and movie about him:
Reach for the Sky - IMDB

Reach for the Sky - Amazon

And whether the story is true or not, in the past his
foundation has attributed it to him. . .