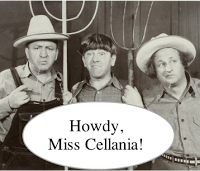 The Trouble With Modern Movie Trailers.

Was Shakespeare a Woman? Elizabeth Winkler at the Atlantic makes a case for an anonymous woman writer of Shakespeare plays, particularly Emilia Bassano.

The Exorcisms of Emma. Her 1928 ordeal led to a search for the Antichrist. (via Strange Company)

American kids are 70 percent more likely to die before adulthood than kids in other rich countries.

When the last note of Mozart's "Masonic Funeral Music" was done, the entire hall could hear a child exclaim "Wow!" The audience giggled, then applauded loudly.

Woman Orders Food, Gets Sexual Harassment. The gig economy has a whole bunch of unvetted people who know your address.

This is Amеricа, so call me maybe. Turn the sound up!

21 Epigrams Every Man Should Live By. They're good for women, too.

That bird mating dance video was really quite impressive!