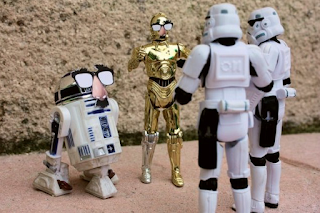 Moving Day at the Hells Angels Clubhouse. After 50 years in the East Village, the New York City chapter has left for Long Island. (via Boing Boing)

The Great Untaxed. A shocking number of huge corporations are paying no income taxes now, while the effects will be felt by all of us eventually.

The First Women Trained To Conquer Space. It wasn't long after Yuri Gagarin became the first human in space that the Soviets began considering women as cosmonauts. (via Smithsonian)

Nice, Ron...  Turn the sound up. The original is just as funny. And so is this remix.

The Brides’ Bath Murderer. George Joseph Smith married a total of six women, and three of his wives drowned in a bathtub. (via Strange Company)

Turns Out People Really Like the Idea of Medicare For All and Free College Tuition.

For Sale: An Abandoned, Decaying Fort on a Private Island. Fort Montgomery, designed to protect us from Canadians, was once called Fort Blunder.

Medical Tales Retold Episode 1: The Foot Lump. A true story from a reader, told in a webcomic.

The Story of the Headington Shark. The shark is still crashing through the roof 33 years later. (via Nag on the Lake)

I've done metalwork, and mechanical work my whole life.
There are a lot of Bikers in similar jobs, and almost
all of the ones I've met have been really good generous
people who like to ride and party, and just enjoy life.