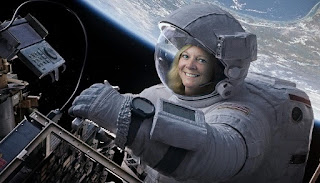 They Were in a Band Together? Some well-known musicians have odd collaborations in their history.

17 Harmless April Fool's Pranks That are Easy to Pull Off. April Fools Day falls on Easter Sunday this year, not a day you want to wet someone's clothing, hide the dinner entree, or mess with a child's Easter basket.

Westworld: A Look at the Movie That Inspired the HBO Series. The marriage between the Western and dystopian science fiction took place in 1973.

The Long History of a Lame Joke. It did not start with Winston Churchill and Lady Astor. (via Strange Company)

The Day an Airliner Crashed in Sadie Burkhalter’s Front Yard. She didn't have water or even phone service to help the survivors of Southern Airways Flight 242.

The Face Licker is a custom-made lollipop made to look like your face -or the face of someone you'd like to lick. (via Mashable)

Why Some Americans Are Risking It and Skipping Health Insurance.

Try these 9 Strange and Different Easter Treats, creative and tasty variations on the Easter egg.
Posted by Miss Cellania at 3/27/2018 07:00:00 AM