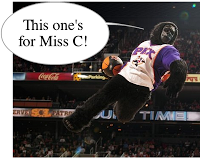 28 Facts You Might Not Know about The Munsters. For a show that only lasted two years, they sure left a big impression on us.

Check out 'Trump Force One' — Donald Trump's personal Boeing airliner. It has all the necessities for luxurious travel and conspicuous consumption.

What It Was Like to Seek Asylum in Medieval England. You could save your own neck if you followed all the obscure rules for Sanctuary.

You know those two-word blurbs from critics you see on movie posters and home video? Sometimes they are taken ridiculously out of context.

The Hunger Game of Thrones. It’s Jon Snow versus Katniss Everdeen in a fantasy mashup of fantasy worlds.

Those Magnificent Ladies in Their Flying Machines. Even in the early days of aviation, some women refused to stay grounded.

7 Lesser-Known Members of the Batman Family.